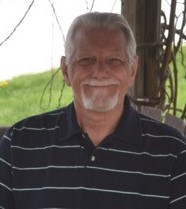 Bill was born February 12, 1952 in Davenport, the son of Daniel William, Sr. and Mabel Roe.

Bill owned and operated B and P Automotive after receiving his Diesel Technology Degree in Des Moines. He was an avid fisherman and taught his grandsons everything he knew, enjoyed watching westerns, had a mean right hook in bowling, and was a devoted Chicago Bears fan. Family meant everything to him, he never missed an opportunity to cheer on his grandsons at their games.

Those left to honor his memory include his daughters, Danielle Harvey (fiancé Rich Dybdahl) of Bettendorf, and Dawn Shafer; grandsons, Izaac and Anthony; siblings, David Roe, Mike Roe, and Dorothy Roe; and many nieces and nephews.  He was married to Peggy Hagist and later divorced.

He was preceded in death by his parents; siblings, Larry Roe and Mary McDonough; and his long-time companion, Ann Meier.

To order memorial trees or send flowers to the family in memory of Daniel "Bill" Roe, please visit our flower store.