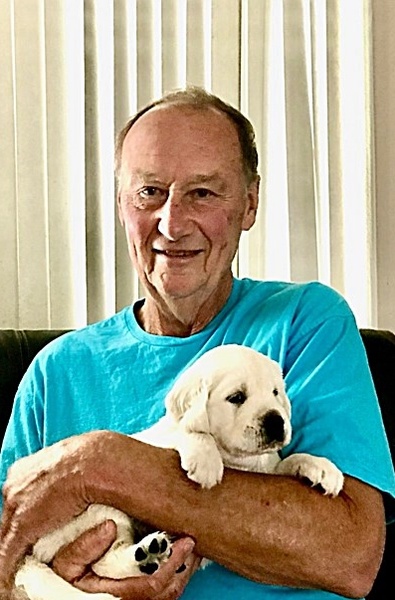 Dale Lee Hackett, 81, Clearwater, FL, formerly of Davenport, IA, passed away on June 19, 2021 after a brief illness.  Per his wish’s cremation rites were accorded.  Private family burial will be held at Davenport Memorial Park.  A memorial luncheon for family and friends will be held on Saturday, July 31, 2021 at the Knights of Colombus, 1111 W. 35th St, Davenport, from 1:00-3:00PM.

Dale was proud to have served in the U.S. Marine Corps.  He had a long career in law enforcement and security and had been a member of the Davenport Police Department and Scott Co. Sheriff’s Department.  For the last 25 years of his career, he was a Public Safety Officer at Augustana College in Rock Island, IL.

He retired at the age of 78 and moved to Florida to spend time with his family.  He loved to spend time on the lanai by the pool with his dog Lily and cat Scarlet.  Dale was an avid reader and an excellent carpenter.  He loved to tell stories and was full of wit and humor.  He also liked to go fishing and boating.

In addition to his wife Nancy, he was preceded in death by his parents.

To order memorial trees or send flowers to the family in memory of Dale Hackett, please visit our flower store.