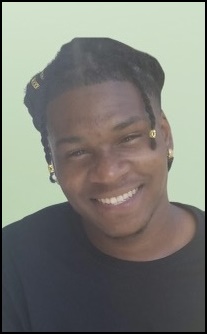 Funeral services will be held on Saturday, March 12, 2022 at 11am at the Halligan-McCabe-DeVries All Faith Chapel.  Visitation will be held from 4:00 – 7:00 pm, Friday, March 11, 2022 at the funeral home.  Memorials may be made to the family all proceeds will go to his son Jakari.

Corey was born on July 30, 1996 in Moline, Illinois, a son of LaPresha Williams (McHenry) and Corey Martin.

Corey was a student at Capri College in Davenport, IA obtaining his cosmetology license while also getting his Real Estate license through Keller Williams and doing tattoos.  Corey had many business ideas and was a true entrepreneur. From selling dogs to flipping houses wasn’t just going to have one business as he wanted something to make sure his son Jakari was well taken care of and his family.

Corey loved life he loved his son Jakari and wanted the best for him.  He loved animals he origninally said he was going to be a Veterinarian until he figured he would have to see blood.  He loved fishing, camping, shopping and being the life of the party.  Corey was all about family and took it upon himself to make his rounds to visit his loved ones.

Corey was a God fearing young man and accepted Christ at 18 anytime a barrier would come he would always say “God’s got my back”.  He served a few times feeding the homeless at Christian Care and always said once he made it he would make a difference for those less fortunate.

To order memorial trees or send flowers to the family in memory of Corey Martin, please visit our flower store.