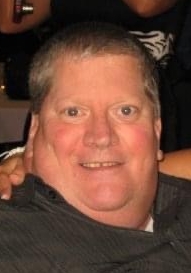 Clyde A. Wuestenberg, 65, of Davenport, and formerly of Donahue, passed away Friday, September 10, 2021 at Manor Care, Davenport.

A memorial gathering to celebrate his life will be held from 11am until Noon on Friday, September 17, 2021 at the Halligan-McCabe-DeVries Funeral Home, Davenport.  Per his wish the rite of cremation has been accorded and inurnment will be in Allens Grove Cemetery at a later date.  Memorials may be made to the family.

Clyde Allen Wuestenberg was born January 9, 1956 in Davenport, a son of Hubert and Irene (Martens) Wuestenberg.  He was a graduate of North Scott High School and had been employed at the former Geifmans and Joevan Food Stores as well as the R.L. Donnelly printing company prior to his retirement.

He liked to travel and spend holidays with his large family.  He was an excellent dancer and had an eye for interior decorating.

He was preceded in death by his parents and brothers Kenny and DeWayne Wuestenberg.

Online remembrances and condolences may be expressed at www.hmdfuneralhome.com .

To order memorial trees or send flowers to the family in memory of Clyde Wuestenberg, please visit our flower store.