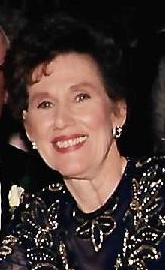 Davenport-Clarice A. Coyne, 99, of Davenport, died peacefully Tuesday, June 30, 2020 at the Kahl Home, Davenport.  A private family Mass was held at Our Lady of Victory Catholic Church, Davenport with burial at Mt. Calvary Cemetery.

Clarice Aileen Spees was born October 24, 1920 in Newark, Missouri, a daughter of Christon C. and Hazel Madelle (Janney) Spees. She advanced 2 grades to graduate from Davenport High School in 1937 at the age of 15.

Clarice was employed by the Rock Island Arsenal, where she met her husband, Joseph. She married Joseph James Coyne October 18, 1944 at St. Mary’s Catholic Church in Davenport. They were married 51 years, with 6 children.  Clarice was later employed by Northwestern Bell, where she retired in 1985.

Clarice will long be remembered for her unending love for her husband, children, grandchildren and great-grandchildren.

She is preceded in death by her husband, her parents, her brother, Clifford, and her daughter, Beth Ann. May they rest in peace.

The Coyne family would like to acknowledge the staff of the Kahl Home, especially Kimberly Hufsey, Sister Lois, and the excellent nursing staff. The Coyne family wishes to sincerely thank Betsy Nolan of Genesis Hospice for her compassionate care and kindness to Clarice. Among the doctors who cared for Clarice, we especially appreciate the care provided by Dr. Charles Cassel, and Dr. Edmund Coyne. We sincerely appreciate the kindness and care of Dr. M. Walid Al Sheikha, who was always there for her. The Coyne family would like to say a special thank you to our sister, Joanie, who did so much for our Mom throughout her life, especially in her later years.

In lieu of flowers, donations may be made online to the Beth Ann Coyne Memorial Scholarship Fund at Assumption High School.

To order memorial trees or send flowers to the family in memory of Clarice Coyne, please visit our flower store.