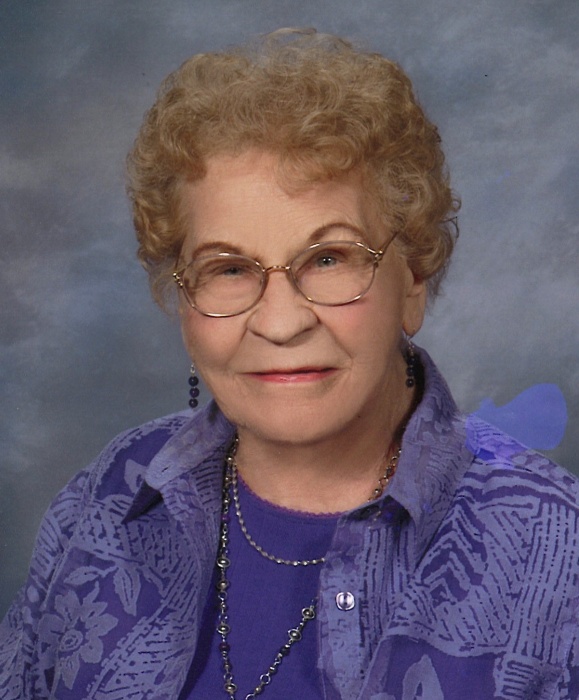 A Mass of Christian Burial for Clara will be 11:00 a.m. Saturday, January 2, 2021 at Our Lady of Victory Catholic Church, 4105 N. Division Street, Davenport. The Mass will be livestreamed by visiting https://vimeo.com/494168429 . Burial will be in Sacred Heart Cemetery, Maquoketa.  Visitation will be Saturday from 9:30 a.m. until the time of the Mass in the gathering space at church.

Burial will be in the Sacred Heart Cemetery in Maquoketa, Iowa.

Clara was a member of Our Lady of Victory Church and the St. Theresa Circle.

Clara was born Feb. 2, 1926 to Mike and Wilhelmina Banowetz at Preston, Iowa.  She graduated from St. Joseph Catholic School at Sugar Creek and later from high school in Maquoketa.

Clara led a full and active life. She was always busy doing something. Her many different jobs included working for the Dept. of Labor in Boulder, CO; JC Penney in Maquoketa and as a bookkeeper for the Jackson County Engineer.  She loved being a volunteer. She volunteered at her church, Genesis West Hospital, Ridgecrest and other places. She enjoyed doing crafts, especially flower arrangements, playing cards, ballroom and square dancing, shuffleboard, playing on the Wii, going on walks, and she even did some acting.

Clara was preceded in death by her parents, her husbands, nine brothers, two sisters and one grandchild.

Memorials are preferred in lieu of flowers to: Our Lady of Victory Church, Davenport; Sacred Heart Church, Maquoketa or Ridgecrest Village.

To order memorial trees or send flowers to the family in memory of Clara Weis Hermiston, please visit our flower store.