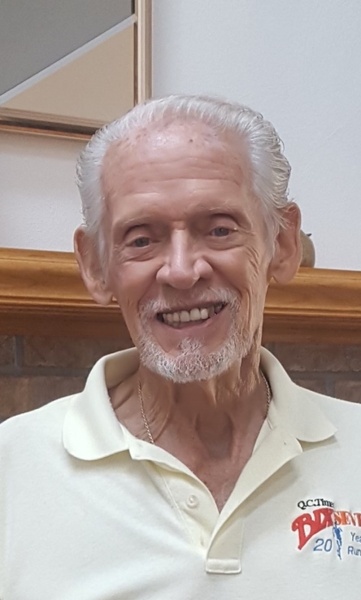 A memorial service celebrating his life will be held at 10:30 a.m. Friday, April 23, 2021, in the All-Faith Chapel at Halligan-McCabe-DeVries Funeral Home in Davenport. Inurnment will be in National Cemetery, Rock Island Arsenal. Visitation will be from 9:30 a.m. – 10:30 a.m. Friday. Memorials may be made to St. Jude Children’s Research Hospital.  Services will be livestreamed and can be viewed by clicking the link on his obituary at www.hmdfuneralhome.com.

Charles Vaughn Sinkler was born November 11, 1937, in Detroit, Michigan, a son of Harold Sinkler and Helen Dearborn. Chuck proudly served our country in the U.S. Air Force. He was united in marriage to Roberta “Bobbie” Gardner December 28, 1958. She preceded him in death January 1, 1999. He then married Karen Loy on February 14, 2000 in Hawaii. She preceded him in death September 9, 2019.

Chuck had worked at the former Alcoa Works, Bettendorf as a supervisor, retiring in 1993. He enjoyed traveling, bowling, motorcycle riding, golfing, and family activities.

His parents, wives, a brother, Bill Sinkler, a sister, Mae Sinkler, and one granddaughter preceded him in death.

To order memorial trees or send flowers to the family in memory of Charles "Chuck" Sinkler, please visit our flower store.