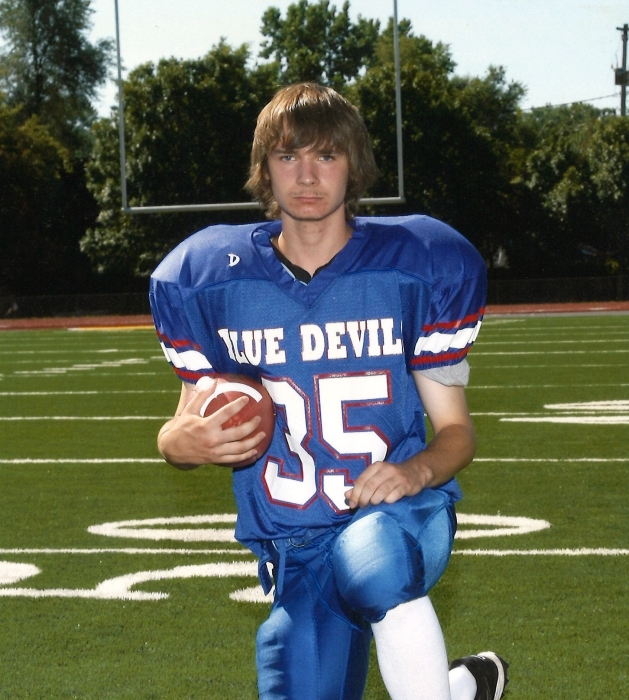 Bryan J. Cook, 28, of Davenport, died Thursday, August 20, 2020 at his home surrounded by his family after a courageous battle with Juvenile Huntington’s Disease.  Due to the current health crisis, there will be no services at this time. Halligan McCabe DeVries Funeral Home is assisting the family with arrangements.

Bryan was born on May 30, 1992 in Silvis, Illinois, a son of Taffy (Hoing) Gilman and Dennis K. Cook.  Bryan graduated from Central High School in 2010 where he played football and excelled in mathematics.

Bryan was an avid fan of the Bears, Cubs, and Hawkeyes.  He enjoyed boxing and Pena’s Boxing Club after he turned 18, fishing, shooting at the range, and watching Game of Thrones.  He had a great love for animals, especially his dogs, Yogi and Lucky. He was a loving son, brother, nephew, uncle, and friend. Bryan was loved by everyone he ever met

He was preceded in death by his father, Dennis, sister, Alyssa Bryant, grandparents, Jerry Lou and Forrest Cook, and an uncle Jim Cook.

To order memorial trees or send flowers to the family in memory of Bryan Cook, please visit our flower store.