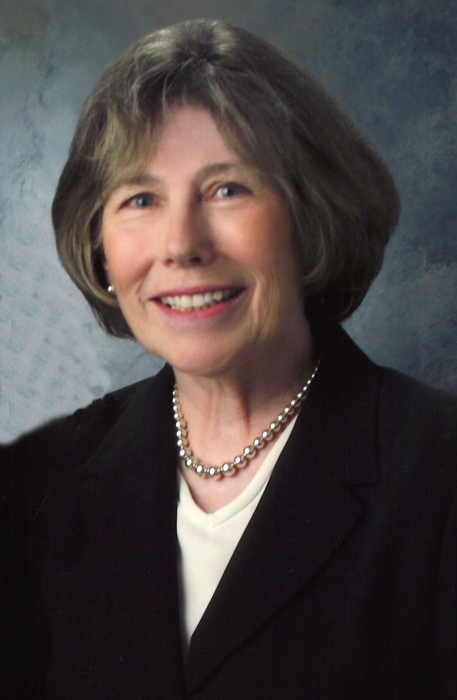 Funeral services and Mass of Christian Burial for Barbara A. “Bobbi” Rogalski, 78, of Davenport, will be 10 a.m. Saturday, June 19, 2021 at Christ the King Chapel at St. Ambrose University, Davenport.  The Mass will be live-streamed by clicking https://vimeo.com/563892505 Burial will take place at a later date in Mt. Calvary Cemetery, Davenport.  Visitation will be Friday from 4 until 6 p.m. at the Halligan-McCabe-DeVries Funeral Home, downtown Davenport. There will be additional visitation Saturday from 9 until 10 a.m. at Christ the King Chapel. In lieu flowers, memorials may be made to the Bobbi and Ed Rogalski Presidential Scholars Scholarship Fund at St. Ambrose University or a charity of your choice. Bobbi passed away peacefully Monday, June 14, 2021 at her home.

Barbara Ann Bogk was born on March 9, 1943 in Wauwatosa, Wisconsin, one of four daughters born to Walter and Anita (Kaye) Bogk. She graduated from Marquette University and earned her Master’s in Speech Pathology from the University of Iowa.  While at the University of Iowa, she met a fellow graduate student named Edward J. Rogalski.  They were united in marriage on June 1, 1968 at St. Pius X Cathedral, Wauwatosa, Wisconsin. In August of 1968 they moved to Davenport when Ed started his career at St. Ambrose College.

Bobbi briefly worked as a speech pathologist in the Bennett/Durant and Louisa/Muscatine School Districts before devoting her life to her family.  She took great joy in being a mother to five boys, supporting them in all their endeavors and cherished being a grandmother to her seven grandkids.  Bobbi was also a dedicated partner to Ed, providing a great partnership and love for St. Ambrose University.

Bobbi was very artistic, creating art pieces using dried flowers and would sell them at art festivals and other events in the Area. She also was a master gardener. Bobbi enjoyed her volunteer work including serving as President of the Holy Family School Board of Education, member of P.E.O., State of Iowa Art Council, Figge Art Museum Board and was Chairman of the Board for the RiverCenter/Adler Advisory Committee.

Bobbi was preceded in death by parents. May they rest in peace.

To order memorial trees or send flowers to the family in memory of Bobbi Rogalski, please visit our flower store.