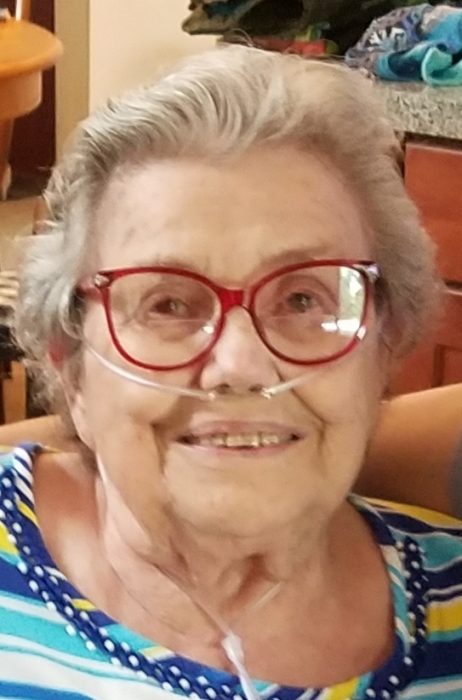 Graveside services celebrating the life of Barbara Jean “BJ” DeTaeye-Dvorak, 90, of Davenport, will be 11 a.m. Tuesday, July 7, 2020 at Mt. Calvary Cemetery, Davenport.  Those able to attend the services are requested to wear a facemask and must practice social distancing.  Memorials may be made to the Congregation of the Humility of Mary. BJ died peacefully Thursday, June 18, 2020 at home surrounded by her family.

Barbara Jean Benda was born on April 4, 1930 in Fairfield, Iowa, a daughter of Francis and Marian (Bucher) Benda.  She earned her degree in elementary education from Marycrest College, Davenport.  BJ was united in marriage to David J. DeTaeye on June 19, 1954 at St. Joseph’s Catholic Church in East Pleasant Plain, Iowa.  He preceded her in death on June 6, 1988. She later married David C. Dvorak on April 4, 1992 at St. Ann’s Catholic Church, Long Grove. He preceded her in death on December 16, 2018.

BJ’s life was filled with joy from raising her six children and adoring her grandchildren and great-grandchildren.  She enjoyed gardening, playing cards, and family activities.

In addition to her husbands, she was preceded in death by her parents, and a son-in-law, Jerry McNamara.  May they rest in peace.

The DeTaeye’s wish to thank the nurses and staff at Crest Health Care at Ridgecrest Village and Hospice Compassus for the compassionate and loving care they gave to BJ.

To order memorial trees or send flowers to the family in memory of Barbara DeTaeye - Dvorak, please visit our flower store.