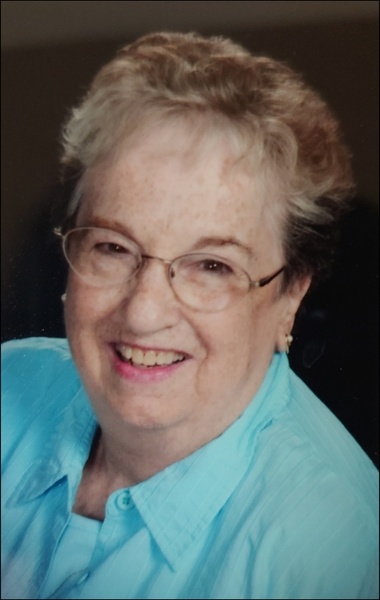 Funeral services for Barbara E. Bolterman, 82, of Davenport, will be 6 p.m. Friday, September 10, 2021 at the Halligan-McCabe-DeVries Funeral Home, downtown Davenport.  Visitation will be held from 4- 6 p.m. Friday at the funeral home.  Keeping with her wishes, cremation rites will be accorded following services.  In lieu of flowers, memorials may be made to St. John’s United Methodist Church where Barbara was a member.  Barbara passed away Tuesday, September 7, 2021 at Genesis East.

Barbara Ellen James was born on November 9, 1938 in Dyess, Arkansas, a daughter of Norman B. and Mary Ellen (Williamson) James.  She was raised down the street from the Cash family.  She graduated from Dyess High School where she was a cheerleader and elected to the National Beta Club.

Barbara worked for JI Case in Rockford where she met a young man named Harold Bolterman.  They were united in marriage on March 7, 1959 at Court Street Methodist Church, Rockford, Illinois.

She had also worked as a bookkeeper at Walgreens, and as a receptionist in dental and recruiting offices.

Mrs. Bolterman enjoyed playing poker with her many friends and the time spent with her family, especially her grandchildren.

Barbara was preceded in death by a daughter Marjorie, her parents, and sisters, Charlotte Akelaitis and June Snow.

To order memorial trees or send flowers to the family in memory of Barbara Bolterman, please visit our flower store.