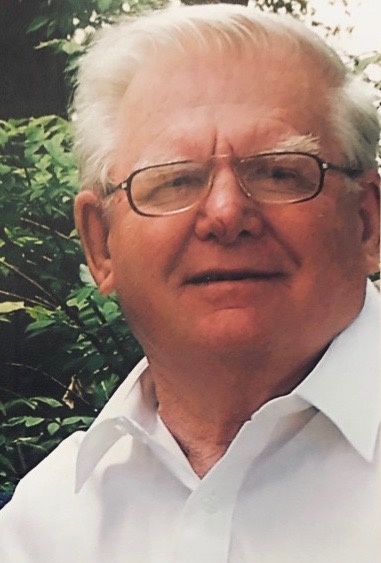 August M. Dierickx, 86, of Waupaca, Wisconsin, died Sunday, June 28, 2020 at the Wisconsin Veterans Home at King.  Due to the current health crisis, the family will have a private funeral Mass of Christian Burial at St. James Catholic Church, Toronto, Iowa on Friday, July 3, 2020.  All are invited to attend the burial with military service which follows at St. Patrick’s Cemetery in Big Rock around 11:30 am.  In lieu of flowers, memorials may be made to the Disabled American Veterans.

August Maurice Dierickx was born on December 16, 1933 in Davenport, Iowa.  He was one of nine children born to Francis and Ida (Dodds) Dierickx.  August was raised on what once was the family farm near Big Rock, Iowa.  He proudly served our country in the Navy during the Korean War aboard the USS Dyess as a petty officer 2nd class.

August was united in marriage to JoAnn Donult on July 7, 1956 at St. Ann’s Catholic Church, Long Grove.  They have shared almost 64 years of marriage and memories together. He was a loving husband, father, “Papa” and friend.

After briefly serving as a carpenter in the Wheatland, Iowa area, August continued to manage the family farm before moving his family in 1974 to the Darlington, Wisconsin area to own and operate his own dairy farm.  He and his wife later moved to the Chicago northern suburbs where he was a maintenance man and built displays at what was once the Courtesy Home Center.  After a wide-ranging work life, he and JoAnn retired in the Marshfield, Wisconsin area. He was a man of many talents and hobbies:  leather crafting, fixing things on the farm, doing home remodeling projects and working with his son, Joe fixing up and selling lawn mowers.   He also enjoyed playing cards and reading, especially war stories and westerns. He had a great sense of humor and enjoyed telling a good story.

To order memorial trees or send flowers to the family in memory of August Dierickx, please visit our flower store.