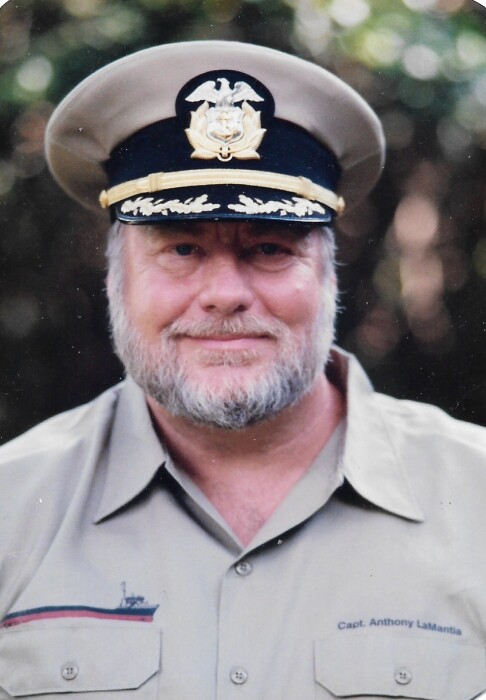 Funeral services celebrating his life will be held at 11:00 a.m. Friday, October 30, 2020 at Halligan McCabe DeVries Funeral Home in Davenport. Visitation will be one hour prior to services. Burial will be at Rock Island National Cemetery, Arsenal Island. In lieu of flowers, memorials may be made to the family.

Michael LaMantia (Capt. Tony) was born in St Luke's Hospital on June 1, 1946.  Raised in the Catholic faith by Tony and Thelma LaMantia (both deceased), he attended Sacred Heart Cathedral.  He attended both Assumption High School and Central High School in Davenport Iowa.  He served in the US Navy and retired as a Senior Chief Boatsman Mate then followed his Navy experience working for the Merchant Marines on multiple vessels in many open seas and later in our river waterways.

He was an avid outdoorsman enjoying hunting and fishing.  He spent many years as a faithful volunteer for the Boy Scouts of America.  He was also a volunteer on the famous LST ship out of Indiana.  Over his lifetime he supported the American Legion, Assumption Booster Club, Rock Island Conservation Club, and was a delegate for the Republican Party.

To order memorial trees or send flowers to the family in memory of Anthony LaMantia, please visit our flower store.