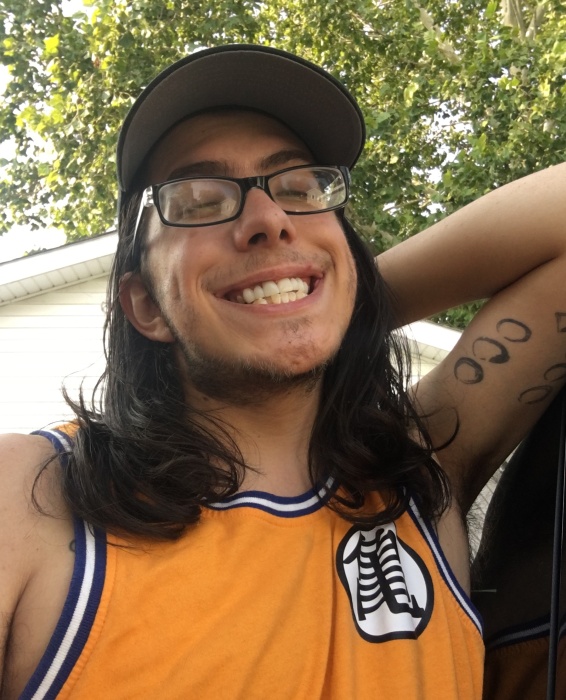 A time to gather and celebrate Anthony’s life will be held Saturday from 1 until 4 p.m. with a time to share memories and stories at 3:30 p.m. at the Halligan-McCabe-DeVries Funeral Home, downtown Davenport. Memorials may be made to the Quad City Rock Academy or NAMI, Quad Cities

Anthony was born on August 4, 1992 in Davenport, the son of Eric and Monica (Barton) Burge and brother of Nicole. He was a 2011 graduate of Davenport Central High School.

Anthony was very easy going, friendly and had a big smile.  He was multitalented and enjoyed playing the guitar, bass, and did some creative writing.  In his younger years he expressed his creativity through drawing.  He was a movie buff and found joy in watching Backyard Wrestling, NXT, and WWE.  He loved to shock people and had recently been the proud owner of a mullet before donating his hair to Locks of Love.  He will be greatly missed.

He was preceded in death by his grandmother Sandy Rochau, grandfathers: Bob Burge, Harley Rochau and Tom Barton, and his aunt Missy Bender.

To order memorial trees or send flowers to the family in memory of Anthony Burge, please visit our flower store.