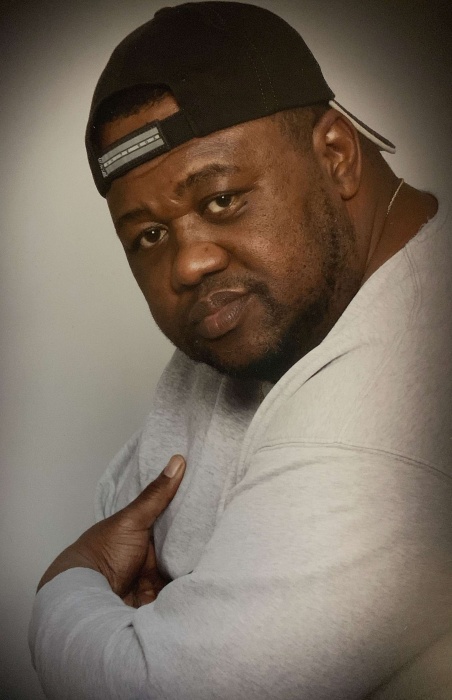 Allen Roland Harris was born on November 26, 1959 in Bolivar, Tennessee.  He was the fifth child of Reverend Grady Lee Harris and Ada Lee Harris. He departed this life on December 4, 2020 in Davenport, Iowa at the age of 61.

Allen Roland was baptized at an early age and was a member of Greater Springfield Baptist Church while living in Bolivar, Tennessee.  Roland attended public school in Bolivar and graduated from Bolivar Central High School.  He also attended Tennessee State University in Nashville, Tennessee.

Allen Roland was employed by the Jarvis Factory in Bolivar, Tennessee for several years before leaving for employment in the Quad City area of Davenport, Iowa.  He joined the Federal government's Department of Joint Munitions.  Roland shined in his position as a logistics transporter.  He and his staff were responsible for receiving and filling military service parts and supply orders.  These orders were transported across the globe, being vital to the enhancement of our U.S. military.  Roland retired from the Department of Joint Munitions in 2016.

Anyone who knew Roland would tell you that he had a strong will that was only surpassed by his opinion.  He loved to discuss sports and politics.  In fact, he caucused for Senator Barack Obama at the 2008 Iowa caucus.  He had looked forward to helping guide his precious son to manhood and to traveling with his siblings.  He always fondly remembered taking his mother to visit his brother Douglass in Denver.

The family would like to thank everyone for the many acts of kindness since the passing of our loved one.  We know you loved our loved one and have shown your love in so many ways.  We are very grateful for your continuing encouragement and support.

A private service will take place Tuesday, December 15, 2020 with burial at a later date in Bolivar, Tennessee.  Services will be livestreamed by visiting Allen’s obituary at www.hmdfuneralhome.com at 2 p.m. Tuesday and clicking the link at the bottom on the page.  The link will not appear until 10 minutes before the service.  In lieu of flowers, memorials may be made to the family to establish a memorial at a later date. Halligan-McCabe-DeVries Funeral Home is assisting the family with arrangements.

To order memorial trees or send flowers to the family in memory of Allen Harris, please visit our flower store.