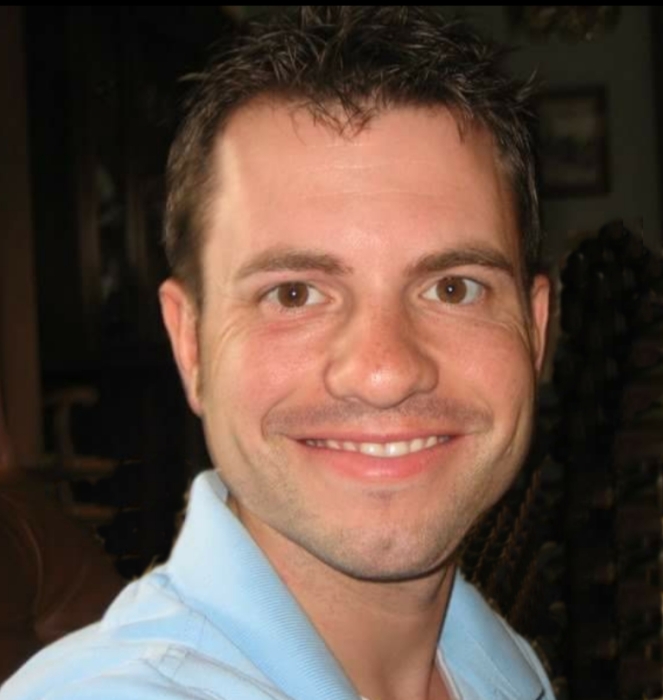 Alex Marietta, our beloved husband, father, son, brother, uncle and friend was taken from us too soon. On June 3, 2021, Alex was tragically killed in a bicycle accident.

Visitation will be Friday, June 11th from 3:00-7:00pm at Halligan-McCabe-DeVries Funeral Home in Davenport, Iowa. A celebration of life will be held on Saturday, June 12th at 10:30am at St. Paul Lutheran Church in Davenport, Iowa. Alex would want you to dress casually.  The service will be livestreamed by clicking https://www.facebook.com/HMDFuneralHome/

In lieu of flowers, memorials may be made to the family for a memorial fund for his daughter, Aria.

Alex was born in Iowa City on July 8, 1980 and moved to Bettendorf with his family when he was 4 years old. Alex graduated from Bettendorf High School, in 1999, and Scott Community College in 2002. He and his wife, Kristen, lived in Moline, before moving to their current home in Geneseo.

On November 29, 2008, Alex married the love of his life, Kristen Duhm. They have a beautiful 2-year-old daughter, Aria Rose, who loves her daddy so much. Alex was the manager at Aquatic Environments for 20 years, working with his brother Adam, best friend and store owner. Together Adam and Alex created a successful business, with many customers who became friends. His niece, Kylie, who he adored, had recently joined the Aquatic Environment’s Team.

Alex loved his family fiercely and was totally devoted to them. He was an avid outdoorsman, enjoying cycling, fishing, traveling, hiking and camping with friends and family at every opportunity. He also loved live music and theater, especially Kristen’s and Aria’s performances.

To order memorial trees or send flowers to the family in memory of Alex Marietta, please visit our flower store.