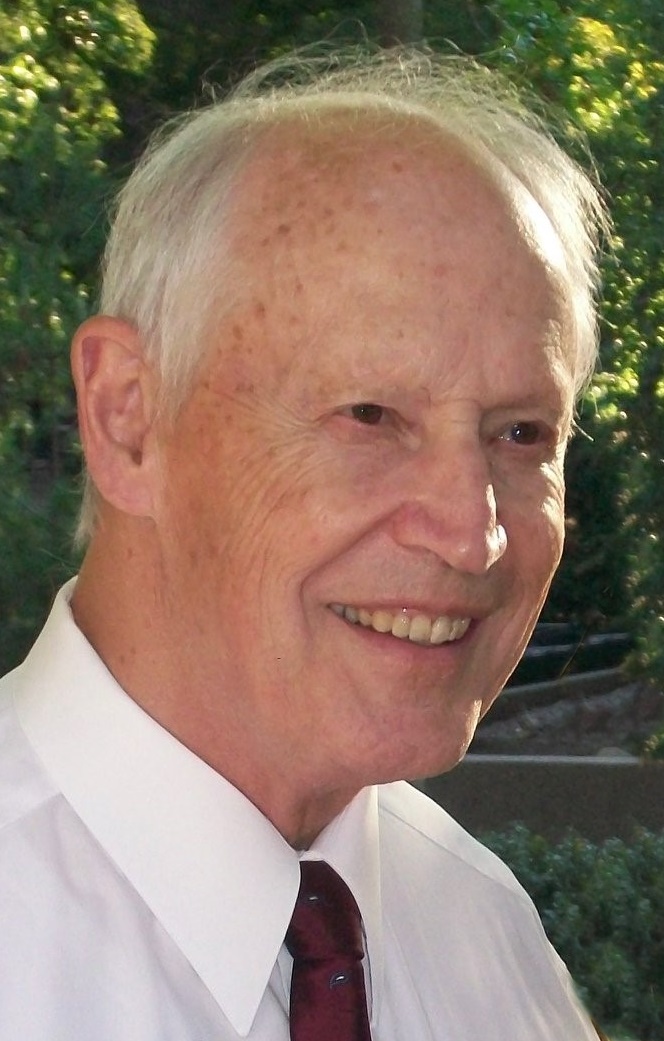 Alan F. Logan, 88, of Davenport, died Tuesday, May 24, 2022 at the Clarissa C. Cook Hospice House, Bettendorf surrounded by his family.  Funeral services and Mass of Christian Burial will be 11:00 a.m. on Friday, May 27, 2022 at Holy Family Catholic Church, Davenport. The Mass will be livestreamed by visiting HOLY FAMILY - FACEBOOK.  Burial will be in the Rock Island National Cemetery, Arsenal Island.  Visitation will be today (Thursday) from 4 until 7 p.m. at the Halligan-McCabe-DeVries Funeral Home, downtown Davenport, with the Rosary recited at 6:30 p.m.  There will be additional visitation at Holy Family Friday morning from 10 until 11 a.m.  Memorials may be made to the Women’s Choice Center, Clarissa C. Cook Hospice House, Holy Family Parish, or the Kahl Home.

Alan Franklin Logan was born on November 16, 1933 in Quincy, Illinois, a son of Earl F. and Irene C. (Schreacke) Logan.  He graduated from St. Ambrose College and earned his master’s in Mathematics from Western Illinois University.  He proudly served our country in the Army as a Private 1st Class, where he earned 3rd best sharpshooter in his company, an accomplishment he enjoyed reminding his children and grandchildren. Alan was primarily stationed in Germany during his time in the service.

Alan was united in marriage to Mary Ann Mortier on December 26, 1964 at St. Mary’s Catholic Church, Moline, Illinois.  She preceded him in death December 29, 2017 after 53 years of marriage and memories together.

Mr. Logan began his teaching career at Sudlow Junior High School before embarking on a long career at St. Ambrose University as a tenured professor where he taught Mathematics for 42 years before his retirement.  He made livelong friendships within the math department.

Alan was a man of great faith with a deep devotion to the Blessed Mother.  He was a member of the Legion of Mary, performed prison ministry every Saturday for over 15 years, and sponsored dozens of children through the Catholic Near East Welfare Association.

He was a dedicated husband, father, and grandfather and lived a life of service to his family and friends. He was happiest when his entire family was gathered. He especially cherished his grandchildren and was known by all as “Papa.”  He enjoyed fishing, gardening, playing Solitaire, and watching the Chicago Cubs. Known for his sweet tooth, he particularly enjoyed his wife’s “Papa’s Candy”, Almond Joy’s, and all flavors of ice cream.

In addition to his wife, Mary Ann, he was preceded in death by a daughter-in-law, Cheri, a granddaughter, Marion, several grandchildren that were called to heaven prior to birth, and an infant brother, Ralph. May they rest in peace.

To order memorial trees or send flowers to the family in memory of Alan F. Logan, please visit our flower store.
Send a Sympathy Card