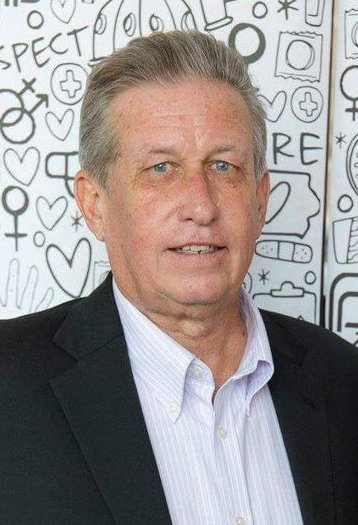 Funeral services and Mass of Christian Burial for Patrick F. Walton, 72, of Davenport, will be 10:30 a.m. Friday, December 3, 2021 at Sacred Heart Cathedral, Davenport. The Mass will be livestreamed by visiting https://www.youtube.com/channel/UCe9D_Uj3QJxdLCdqdPb0pVg/videos Visitation will be held from 4 until 7 p.m. at the Halligan-McCabe-DeVries Funeral Home, Davenport with a prayer service offered at 6:30 p.m.  Out of respect for immunocompromised and other vulnerable people in our community, please wear a mask out of the abundance of caution. Memorials may be made to River Bend Food Bank, N.A.M.I., or Humility of Mary Housing.

Patrick Francis Walton was born on April 8, 1949 in Iowa City, a son of Raymond Thomas and Monica Rose “Billie” Walton.  He graduated from Assumption High School in 1967 and St. Ambrose University with a degree in English in 1973.  Pat married Barbara Broders in 1970 at St. Paul the Apostle Catholic Church, from this union they had two children, Greg and Joan.  He later was united in marriage to Karen Fitzsimmons in 1982.  She preceded him in death on April 2, 2008.  For the past 13 years, Pat shared his life with Theresa Jantzi.

Pat served as President/CEO of Auto Systems Experts Inc., an employee-owned, franchisee group, that had 39 Midas Total Car Care stores in six states.  Pat started his career with the company on January 16, 1979. He had several roles and titles over 35 years while based in the Davenport office. He became President of the company in 1997 and in 2000 played a key role in the formation of the a ASE Employee Stock Ownership Plan that purchased the company. With the creation of ASE ESOP, he was elected Chair of the Board of Directors. During his time as president, the company was recognized as the best Midas franchise in North America 2006. Then in 2009 Pat was given the Nate Sherman Founders Award by Midas International for his contributions to the franchise system. He retired in 2015.

Pat was a warm, compassionate, and giving individual. He was actively engaged in our community serving on the Davenport Levee Commission as well as volunteering with the United Way, on the boards of United Neighbors, Deere Harvester Credit Union, as well as Marriage and Family Counseling Services. Pat was also active with the local Democratic Party and a member of the St. Ambrose’s President’s Club.  Pat was the “Mayor of the Hotel Black Hawk” where he was a resident for the past 10 years.  He enjoyed playing golf with friends and playing poker with members of the Rod and Gun Club.

In addition to his wife Karen, he was preceded in death by his parents.  May they rest in peace.

To order memorial trees or send flowers to the family in memory of Patrick Walton, please visit our flower store.